Trending Stories from The Marquee
You are at:Home»Album Reviews»Slim Cessna’s Auto Club ‘The Commandments According to SCAC’
By Marquee Magazine on November 30, 2016 Album Reviews, Brian F. Johnson 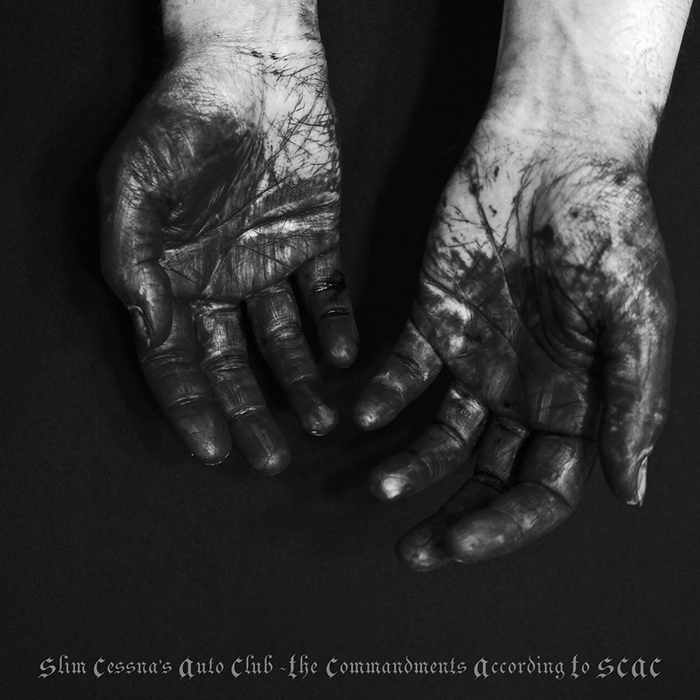 The Commandments According to SCAC

With its members re-congregated in Denver after living in other cities for some time, Slim Cessna’s Auto Club found itself in a situation that was unique to them after more than two decades together as a band. With all of the players in the same town, and on the same page, it meant that they could focus on their business like they never had before, and take on projects that they could have never done while spread out across the country. The result is SCACUnincorporated, the band’s own label, which they birthed last year and this year the label unveiled its first full length of new original material, SCAC’s latest 10 song LP The Commandments According to SCAC.

With a title like that it’s not a surprise that the album sees the band still back behind its patented psychedelic Baptist revival pulpit, mixing rock, country, bluegrass, folk and gospel with overwhelming theatrics and charisma, even in the studio. While The Commandments tread over tested territory for the group, it also shows a melodic delicacy that Slim Cessna’s Auto Club hasn’t touched on before.

The album starts with “Commandment 1” (every song on the obviously 10-track album has it’s own number) as Cessna’s echoey voice — accompanied by a softly strummed acoustic guitar and spacey reverby pedal steel and electric guitar tremolo — sings the gentlest of intros that swells into a stomping frolic.

“Commandment 9” starts like a lullaby by Auto Club standards and again crescendos to a larger-than-life revival show, but when the band hits the bridge about two thirds of the way through the song, and harmonizes a rich cascading melody, Slim Cessna’s Auto Club sounds beautiful in a way they’ve never sounded before.