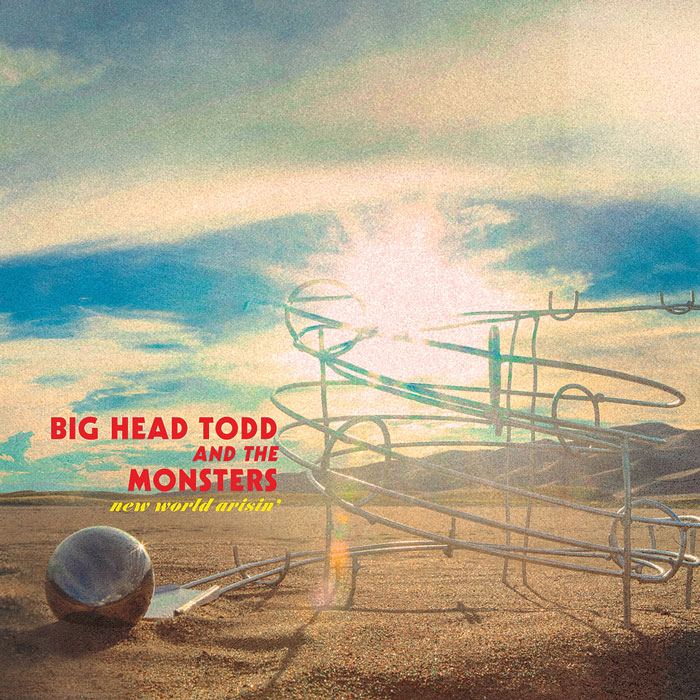 An absolutely astounding 30 years after they first formed — and 24 years after they went platinum on the heels of  Sister Sweetly — the Colorado darlings Big Head Todd and The Monsters are set to put forth the most brazen, unabashed rock and roll of their enduring career.

New World Arisin’, the group’s eleventh release and first studio record since 2014’s Black Beehive, finds The Monsters completely re-writing the reaches of the phrase “new and improved.” There are multiple elements on the album that couldn’t be if the band’s three-decade-plus history didn’t exist, but with reverence toward that history, and the comfort of an unwavering musical relationship with each other, they’ve turned the corner where old is new again — quite literally, in a few places.

Two tracks on the record have been in the works for 20 years. The opening track “Glow” and freshly dusted-off “Mind” were what Todd Park Mohr called “stragglers” that have been kicking around for eons, but were always deemed a bit too rock for anything that the band was doing.

And the fact that they now fit goes back to that new and improved Monsters.  From the funky rager “Trip,” to the unexpectedly Hüsker Dü-esque “Detonator,” Mohr and his compatriots; Brian Nevin on drums, Rob Squires on bass and keyboardist Jeremy Lawton, have toned up the Monster’s sound and gotten down to a fighting weight — musically speaking — that they haven’t seen since their C.U. Boulder days.

New World Arisin’ has a straight-up, pop rock feel with stops along the way for raging country-rock on “Damaged One”, expansive storytelling in the Van Morrison/early Springsteen mode “Wipeout Turn,” a Jimi Hendrix cover, “Room Full of Mirrors,” and in the title track, “New World Arisin’,” a Charley Patton-inspired tune that ended up having what Mohr describes as “a heavy metal/gospel feel.”

These tracks are a long way away from “Bittersweet,” “Broken Hearted Savior” and “Circle,” and they should be. Those songs are 24 years old now. But the bridge made with the inclusion of those double-decade-old tracks, along with the new material, blend pretty sister sweetly to show a band that’s still picking up speed 30 years on.