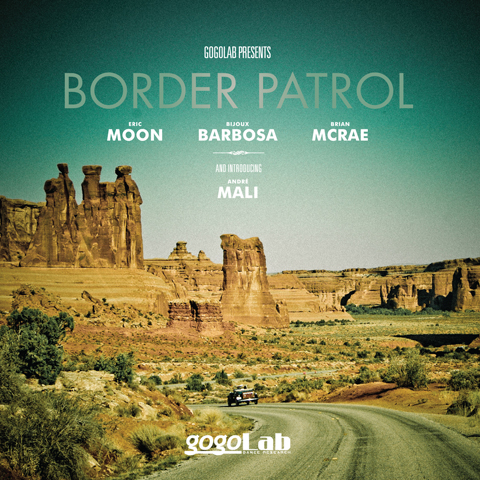 gogoLab straddles two different sides of the music industry. On one hand, they’re just a bunch of musicians content with their goofy “dance research project” and playing a regular Wednesday night gig at Appaloosa Grill in Denver. But their almost whimsical approach camouflages the fact that the band is chock full of incredibly talented and well-connected players.

Drummer Brian McRae, the founder of drumoverdubs.com, has played with an enormous list of artists from the Colorado Symphony to Yonder Mountain. Keyboardist Eric Moon has written a song that went to number one in Malaysia, and toured with Bjork, among other accomplishments. Bassist Bijoux Barbosa is a first-call session player. The trio has released two previous albums and had their songs played on everything from HBO’s “Real Sex” to “Gene Simmon’s Family Jewels” show on A&E.

For their latest effort, the group has teamed up with trumpeter AnDre Mali, who helps steer this collection by the instrumental power trio. Border Patrol is supposed to be, according to a press release, “a dangerous action packed journey through the majestic landscapes of the Southwest.” I don’t think it’s all that dangerous, but it certainly conjures wide open desert landscapes usually suited for spaghetti-western music and transforms those regions into one giant dancehall.      — BFJ