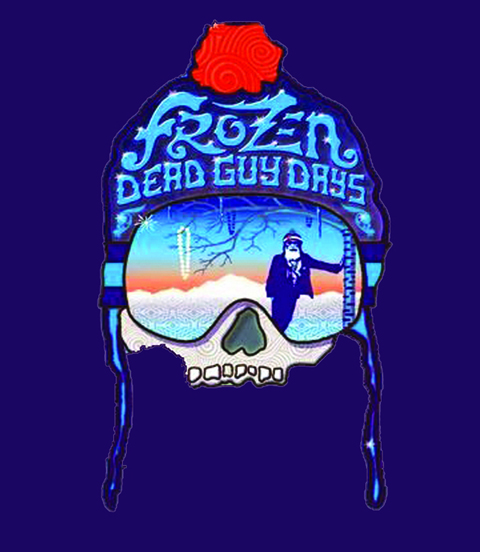 Nederland’s annual Frozen Dead Guy Days Festival kicks off its 13th year the first weekend of March. The festival commemorates the famous Grandpa Bredo, who has been frozen for 25 years in a shed above Nederland. The ice-themed festival features creative contests and events such as the coffin races, ice-break-dancing, polar plunging, snow volleyball and the frozen salmon toss.

But true to Nederland form, musical performances are the highlight of the event. The lineup boasts a wide range of genres from bluegrass, newgrass and psychedelic rock, to funk, jazz fusion and modern mountain folk. Twenty plus bands will be performing over the course of three days, spanning two stages in two separate heated tents. Below are a few featured acts of the lineup.

A complete schedule of events and musical acts can be found by visiting www.frozendeadguydays.org. All events are free, with the exception of the Blue Ball.

Formed at the foot of Caribou Ranch, Caribou Mountain Collective is redefining mountain music heritage. Drawn to the folk traditions of the west, this bluegrass group from Nederland keeps traditional mountain music alive by incorporating influences of blues, country and jazz into its sound. The four members’ diverse musical backgrounds allow for intriguing compositions and lyrical storytelling.

Residing in the backyard of the festival grounds, Gipsy Moon is a fast-rising Nederland based string group. With its quick picking and jazzy style defined as ‘Gipygrass,’ Gipsy Moon is growing its fan base throughout the region. Their debut album, Eventide, which was two years in the making, was released at the beginning of February.

The well-known tribute band, which meshes the music of the two largest jam bands, Phish and the Grateful Dead, returns to Frozen Dead Guy Days as the headliners for this year’s Blue Ball. With three members of the former Phish tribute group Phix, the band features electrifying mash-up jams such as “Help/Slip/ Tweezer” and “First Tube/Music Never Stopped/Lizards.”

After releasing their debut album in 2011, Nederland’s Smooth Money Gesture played over 100 shows in 15 states in 2012. The band incorporates elements of everything from bluegrass to electronica into their rock and roll roots. Smooth Money Gesture’s wide variety of musical influences puts forth an expansive and exploratory set that remains consistently interesting due to the myriad of styles that the band taps into.

Dead Floyd is a celebratory tribute band that seamlessly combines the music of Pink Floyd and the Grateful Dead. Dead Floyd’s love of both bands allows for unique interpretation of the songs, resulting in shows filled with creativity.  Dead Floyd keeps the timeless legacy of both bands alive, catering to both old fans and the current generation alike. The wide variety of songs available adds the exciting element of unpredictability to their shows.

This tribute band has been bringing the music of Bob Dylan to the Front Range since 2006. The Zimm’s shows highlight iconic hits as well as hidden gems of Dylan’s discography, and takes the music of Robert Allen Zimmerman and makes it approachable once again.

This Boulder-based group, comprised of seven musicians, has built their sound through their love of funk, bluegrass, indie rock and classical music. During the span of one show, the band will play 14 instruments, displaying its variety and ability to create a smooth sound all its own. Resembling the Avett Brothers, this band is characterized by captivating harmonies and infectious grooves.

Jelly Bread strives to infuse soul and funk into their rock-Americana sound. In addition to having all four members as vocalists, the band provides drum and bass grooves, a swampy lap steel guitar, and four-part harmonies. The Reno-based band merges elements of desert twang and urban rock. This past year, Jelly Bread has toured extensively with names such as Robert Randolph and the Family Band, Robert Cray, and The Motet.