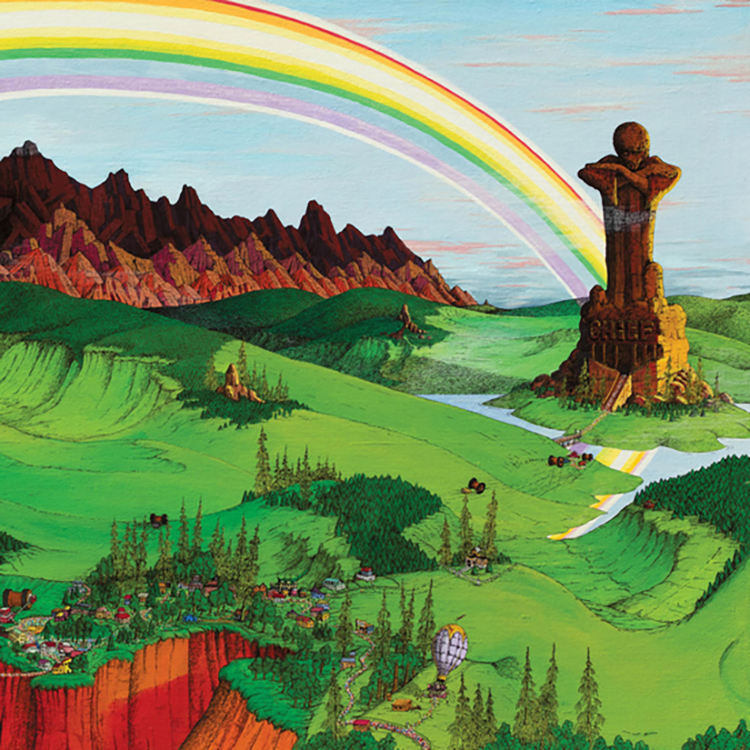 In 1971, two L.A. scene drop outs formed the famed Denver label Tumbleweed Records. Heavily financed by a group who thought they were backing the next big emergence from the hippie movement, Larry Ray and Bill Szymczyk — out from under the thumb of their previous employer ABC-Dunhill — began cranking out recordings at 13th and Gilpin in Denver.

But instead of discovering the next Grateful Dead, the two turned their sights on idiosyncratic wunderkinds like Pete McCabe, moody songwriters Robb Kunkel and Danny Holien, psych-folk rocker Arthur Gee, all the while providing a platform for more established musicians like Albert Collins and Dewey Terry (of Don & Dewey fame).

Drugs, parties, poetry, celebrities, money —Tumbleweed had it all, except airplay and distribution. Two years after its storied start, the label was finished.

Ray would go on to various opportunities, including producing five country albums alongside Bill Halverson, while Szymczyk would soon skyrocket to fame after producing The Eagles’ Hotel California. Yet most of Tumbleweed’s artists have been relegated to thrift store bin obscurity. This landmark release though not only showcases Ray’s vision and Szymczyk’s early work, but begins a major reappraisal of Tumbleweed’s catalog by bringing these songs out of the shadow of the Rocky Mountains and back into the spotlight.

From Danny Holien’s groovy AM radio bliss of “Colorado,” to the quintessential soft rock vibe of “Sunday Sherry” by Arthur Gee-Whiz Band, the story of Tumble Records comes through as vividly as orange Formica countertops. Tracks like  “Rosewood Bitters” by Michael Stanley sound as if they’re crackling out of a single-speaker system in an AMC Gremlin, while “Do On My Feet (What I Did on The Streets)” by Dewey Terry is as funky as anything Isaac Hayes ever threw down, and Robb Kunkel’s “Abyss” has sultry jazz flavors over a groovy ’70s rhythm.­

Tumbleweed Records was a bright burning light in Denver’s music history, and while it faded away as quickly as it was lit, the label’s tenure still represents a formidable chapter in Denver, and Colorado’s, enduring musical legacy.