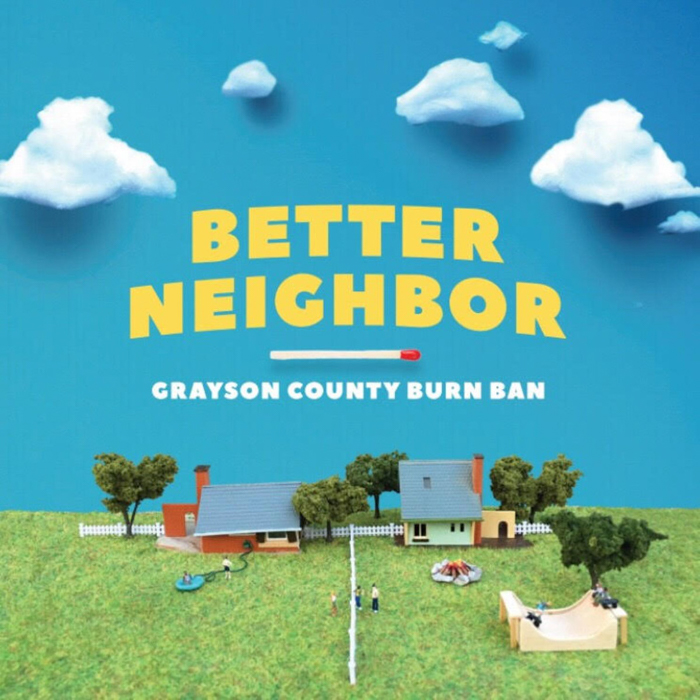 Somewhere along the line Americana — a genre built upon a loose foundation of chilled out country vibes — started to take itself too seriously.

Grayson County Burn Ban throws a monkey wrench into all that seriousness with their all too catchy “Better Neighbor” sing-along chorus which asks “Are you an idiot, or just an asshole.” The irreverent opening track sets the tone for Grayson County’s back-porch style of country music that is loose, humorous and doesn’t take itself seriously at all. But that’s not to imply that Better Neighbor is some sort of joke or nostalgic novelty.

Tongue-in-cheek lyrics and the over-the-top country twang of singer Austen Grafa’s vocals highlight their humorous flippancy, but underneath that shit-kicking façade, Grayson County Burn Band lays down a set of blistering country and honky-tonk that pays homage to the country music born among the neon lights and dive bars of Colfax. If not for the overflowing amounts of pedal steel provided by Tyler Breuer the record might sound more like an early Todd Snider album. But Grafa, Breuer and their cohorts, guitarist/vocalist Brian Beer, bassist/vocalist Nate Wilson and drummer Travis Page throw ample amounts of West Colfax country at the tracks, and are also willing to change it up entirely, like they do on the exceptionally different track “Nothing To Lose” — which kind of comes off as a lost country version of a Modest Mouse song.

Grayson County Burn Ban does a great job straddling the boundaries of casual presentation with solid musicianship, and the refreshingly laid-back vibe allows the songs to glisten like frosty cold Coors Banquet bottles.