Trending Stories from The Marquee
You are at:Home»Album Reviews»Various Artists ‘The Martin Project’
By Marquee Magazine on July 1, 2018 Album Reviews 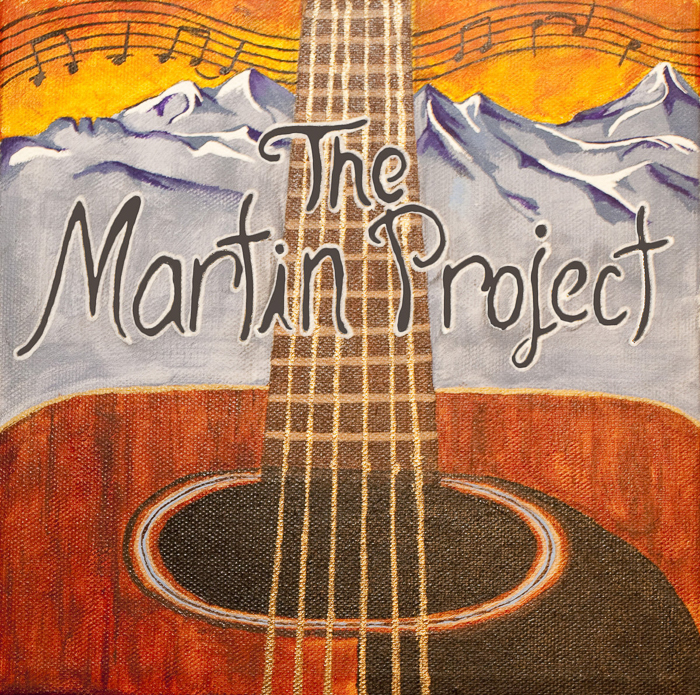 Mark Cummings, a retired high school counselor and band teacher, was diagnosed with Multiple Sclerosis 30 years ago. With the progression of his MS, Mark lost his ability to play music — something that has always been an important and loved part of his life.
Cummings is the owner of what he considers one special 1969 D35 Martin guitar. When he was able to play, this instrument filled his home with music daily. Playing music for and with his wife and two daughters, the instrument became part of the family. “It’s like one of my kids or a friend,” explained Cummings.
But for the last ten years, his Martin guitar has hung on the wall collecting dust as his condition kept him from playing. But recently, Cummings introduced that old friend of his to a slew of musicians across Northern Colorado and in the process has put together a compilation of musicians playing his beloved instrument that will raise awareness and funds for the battle against MS.
The Martin Project recently released their first eponymous compilation album last month with artists such as A.J. Fullerton, Cary Morin, Sarah Slayton, Dave Tamkin, Elise Wunder, Michael Kirkpatrick, Grayson Erhard, Erik Lunde, Brian James Kittrell, Johnny Hickman and Sarah Slaton who all lent their talents to the project. “It’s rare and really beautiful when you can lend your art, something that you enjoy doing so much, to a cause that’s really worthwhile,” said Whippoorwill’s Alysia Kraft, who plays on the record.
The Martin Project also collaborated with Videos That Matter to create a short documentary that highlights the process of creating the soundtrack.

The Martin Project – Creating Change with Music from Videos That Matter on Vimeo.