Trending Stories from The Marquee
You are at:Home»Cover Story»Mipso
By Marquee Magazine on August 1, 2018 Cover Story, Features, Interviews, Timothy Dwenger

Mipso recorded their latest Edges Run in Oregon in the winter and the cold, rainy session had a significant impact on the North Carolina natives 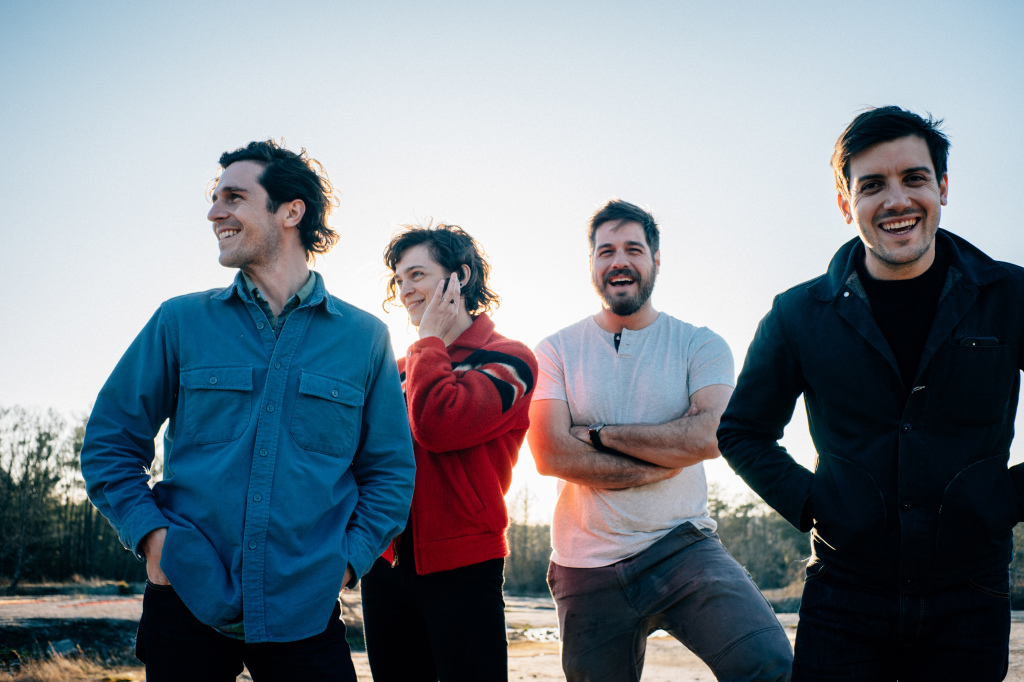 In this life there are many turning points and forks in the road. Some come with age, some with experience, some are caused by a solitary journey into the darker more introspective parts of the soul, and some still spring from simply taking time to ask the hard questions. While many shy away from these moments and choose to discount their significance, some understand their impact on the future and open themselves completely to the experience.

Fortunately, a group of four musicians from Chapel Hill North Carolina has chosen to allow these forks in the road to inform their art and, with that decision, they have embarked on a unique musical experience that has paid out in artistic brilliance. With the release of their fourth album, Edges Run, Mipso has birthed a collection of 12 songs that chronicle many of these difficult life experiences against a moody and emotional soundscape that was as heavily influenced by winter in Oregon, where they recorded the album, as it was by subject matter.

“Some of the dark northwest vibes certainly extend down to Eugene. When we were there it was cold and icy for the first week of the session, cold and rainy the second, and then beautiful the final three or four days,” said the band’s mandolinist Jacob Sharp during a recent conversation with The Marquee. “We chose to go to Eugene because of the producer we wanted to work with, Todd Sickafoose, and we had visited in the fall and found a charming town that in some ways felt a lot like Chapel Hill where we are based — as far as the community being based around a university and having a lot of arts-centered people. We were like ‘this seems like a home away from home. This would be a great spot.’ It’s naturally beautiful in every season, but I don’t know that at the moment we signed on for a January session that we appreciated how different the winter would feel and that we would see those environmental conditions have an impact on our music.”

Sharp went on to expand a bit on that thought. “I think our surroundings – the weather and the setting – naturally took the tunes to, not a dark place but I would say a kind of moody and emotional place that was how we all were feeling and I like that. Just as a conversation you might be having with somebody is impacted by the person you are having it with, and where you are having it, this record definitely has elements of that.”

An example of the record’s moody vibe already shines through on the second track. One of the more staggeringly gorgeous compositions on the album, “Didn’t Know Love” is a wistful meditation on lost love that conjures up feelings of lonely grey winter afternoons. “Sitting on a bench here, thinking ‘bout the temperature/Wondering if the anchors call for rain/Why would I return here, just to crash and burn here/all this place has offered me is pain.”

Just a few songs later, you can almost hear a percussive rain falling during “People Change” as Sharp sings “Used to love you like the world would end / Used to love you like a child / The thing about people is they change / When they walk away.” On “All Behind Me Now,” Libby Rodenbough’s vocal is augmented beautifully by a weeping pedal steel guitar.

It’s this kind of near-magical combination of lyrics and instrumentation that make Edges Run such a rewarding listen. Mipso is a band that has matured quickly over the last five years and, as they have slipped effortlessly between bluegrass, folk, country and Americana, they stay rooted to the thing that got them started as musicians — the songs.  “We have long felt that genre distinctions are more for people who listen to and write about music than they are for people that play it,” said Sharp honestly. “We feel like we are song-forward. For us it hasn’t been an intentional move in any direction or a move away from anything, it’s just been that every batch of songs needs something different and we need to, as the people who play them a couple of hundred times a year, stay excited about how they can feel like an organic, breathing thing, and let the songs have a life of their own.”

As the band has matured, so too have the members, which in addition to Sharp and Rodenbough also includes bassist Wood Robinson and guitarist Joseph Terrell. Sharp explained that by allowing their life experiences — difficult and otherwise — to inform their songwriting, he and his bandmates are able to evolve as artists and as people. “As we were making the turn from our early twenties to our later twenties I think that we saw things like the loss of relationships and the loss of life as being things that we were encountering more fluidly in our day-to-day, so those threads were easier to tug out from the rug,” he explained. “Most artists, and especially writers like ourselves who write the way that we write, write about the human experience and the emotional impact that certain events have on us or the impact we suppose they have on others. So the more experiences we have and the wider that breadth of material we can pull from, the more ability we have to hone in on loss and darkness and sorrow that becomes for better and for worse, some of the dominant feelings of certain years of life.”