Trending Stories from The Marquee
You are at:Home»Album Reviews»Brian Jonestown Massacre
By Marquee Magazine on February 1, 2010 Album Reviews, Jonathan Keller 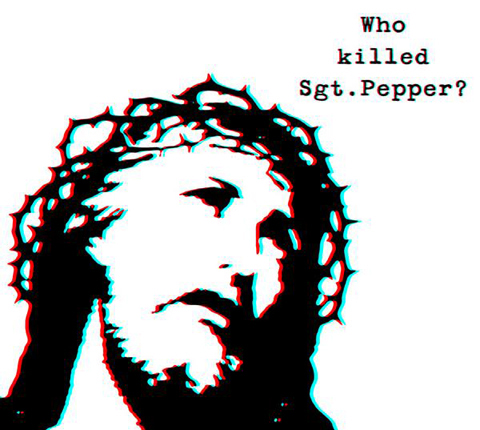 Brian Jonestown Massacre is a very beautiful thing. The band, which centers on the musical leadership of notable eccentric Anton Newcomb, is probably never going to glide into the mainstream. They have been around in various incarnations for nearly 20 years and seem fine floating under the mainstream radar. In a way similar to Frank Zappa’s recording philosophy, Brian Jonestown Massacre seem fine with creating music only for themselves — disregarding the temptation to create engaging singles. In their tortured process they have been able to create some of the most interesting experimental music in recent memory.

Formed in 1990 by Newcomb, The Brian Jonestown Massacre floundered in relative obscurity in the 1990’s, releasing seven albums while struggling with personnel changes mostly brought on by Newcomb’s own struggles with heroin addiction. The 2004 documentary film DIG!, chronicled the band’s struggles and quickly immortalized Newcomb as a tortured artist and as a narcissistic asshole incapable of keeping it together. Although the film provided a surge in the band’s underground popularity they soon slid back into relative obscurity, releasing only two full-length studio albums and a few EPs since the documentary’s premier.

After Newcomb’s apparent success in rehab, the band reconvened to record 2008’s My Bloody Underground. The album showcased the band’s avant-garde approach to producing and recording with its space-rock/neo-psychedelic sounds. When listening back it is clear to see how that album was a musical prelude to Who Killed Sgt. Pepper.

With a current lineup consisting of nine members, Brian Jonestown Massacre recorded Who Killed Sgt. Pepper? throughout 2009 in Iceland and Berlin. The album is full of industrial elements and, for the first time, finds each song centering on a hard beat-driven groove.

The album’s first track, “Tempo 116.7 (Reaching for Dangerous Levels of Sobriety),” really sets the stage for the entire album. It opens with textured feed-backed guitars, hand drum rolls and a looped drum beat. Soaring over the top is an obscure keyboard melody line and electronic sounds that roll from speaker to speaker. The track breaks down with various vocal samples, enters sonic chaos, then comes out clean on the other side, refraining the gentle intro. It is highly interesting, engaging and a total shock to hear. It is like nothing the band has ever done before.   Granted some of the songs on Who Killed Sgt. Pepper? simply border on the edge of experimental mess (“White Music,” and “Detka! Detka! Detka!”), many of the album’s tracks work extremely well, including the upbeat and pulsating “This is the First of Your Last Warning (Icelandic),” the guitar driven “The One,” and “Super Fucked,” which is a perfect mix of acoustic guitars and hard industrial beats.

Brian Jonestown Massacre is not going to change the face of music as a whole, but they have a knack for making interesting music. Who Killed Sgt. Pepper? is not going to appeal to large audiences, but it is an album that should be noted as one of the more interesting releases of the year thus far. I can’t wait to see what this band does next.

For a full version of this review, visit