Trending Stories from The Marquee
You are at:Home»Album Reviews»See-I
By Marquee Magazine on July 1, 2011 Album Reviews, Timothy Dwenger 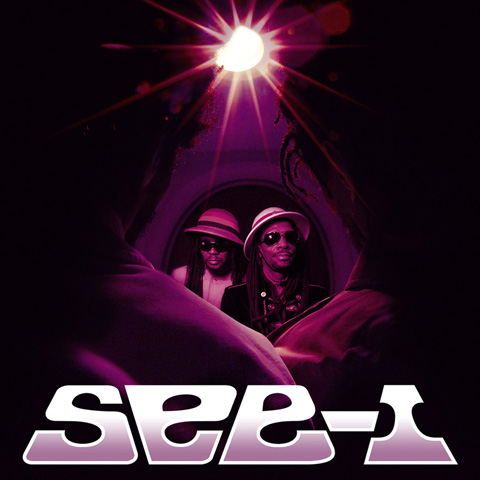 Fans of Thievery Corporation will gravitate instantly to See-I as the group’s frontmen, Rootz and Zeebo Steele, are better known as the duo of vocalists that sing on most of Thievery Corporation’s reggae flavored favorites. While See-I has technically been around for upwards of 20 years in one form or another, the Steele brothers have just released their self-titled debut record.

The album’s opener, “Dangerous,” sets the scene for an outstanding collection of dub and reggae tracks, with a dark and ominous vocal that states “this is the real See-I sound.” From there, you are off on a journey of deep beats, sultry rhythms, and soaring vocals punctuated by tight horn lines and smooth rhymes. At times, the music rides a sitar back to the ’70s, while at others the shredding guitars (both courtesy of Fort Knox Five and Thievery Corporation’s Rob Myers) sound as current as anything out there today. It’s a sonic journey of epic proportions that baits and tempts the listener to get up and dance at every turn.

Throughout the album the duo’s vocals deftly walk the line between rapping and singing, and while “The Inside Move” features some fancy scratching that keeps the album loosely tied to hip-hop, this is definitely a Roots record. Early on, the group even pays tribute to one of the masters when they quote from Bob Marley’s “I Shot The Sheriff” during the horn-laced “Haterz 24/7.”

Four tracks into the album, See-I has initiated the newcomers with some solid jams before dropping one of the highlights of the record, “Soul Hit Man,” into their laps. The intro to the track is slow burning and almost ethereal before the beat drops and the song takes off and morphs into a hooky reggae beast that could easily turn into a summertime anthem.

See-I doesn’t stop there and keeps the hooks coming through the middle of the record with two more standout tracks on the heels of “Soul Hit Man.” The back-to-back songs contrast nicely, with “Homegrown 2011” featuring a scorching guitar solo and some of the most bangin’ beats on the record, and “Talkin’ About The Peace” shifts tempo effortlessly and showcases some fine background vocals on the chorus.