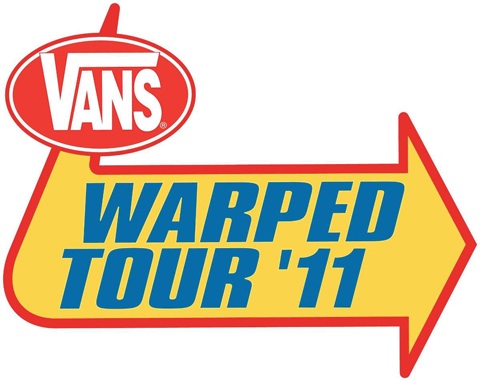 Coming back again for its 17th year in a row, Van’s Warped Tour is bringing 114 bands with it for a full arsenal of alternative pop, pop-punk, post-hardcore and hip-hop acts. The tour was designed around the concept of giving teenagers a one-stop shop for edgy, angsty tunes.

The festival doesn’t announce stages or set times until the day of show (for the Denver stop it’s August 5), but luckily for attendees, the Warped Tour is probably the most hip tour anywhere when it comes to new media. Don’t know the schedule? Yeah, there is an app for that, in addition to a monstrous inflatable board that looms over the festival.

Below are our picks for some of the top must-hear acts of the day.

Florida punk band Against Me! has been a major addition to the punk rock music scene ever since they released their first full length album Against Me! Is Reinventing Axl Rose in 2002. The band, who last year left Sire Records, this summer started their own label, Total Treble Music. The group’s inaugural release on the label, White Crosses/Black Crosses, just hit the streets in late July. The 2-CD, 3-LP set is actually a re-issue of the band’s fifth full-length, White Crosses, with a second disc titled Black Crosses, that is a collection of demos from 2009 and acoustic sessions from 2010. 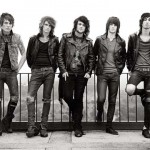 England metalcore five-piece Asking Alexandria grabbed the number nine spot on Billboard with the release of their second studio album, Relentless Reckless Forever. With harsh screaming, fantastic singing, and heavy breakdowns, the band has successfully morphed their sound from the more electronica/screamo influenced style of their debut album, to a much darker and heavier assault. While the album was released in March, the first single “Morte et Dabo” dropped in February and just last month Asking Alexandria unveiled  two videos to coincide with the new album. 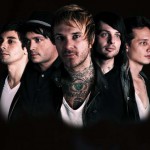 Destroy Rebuild Until God Shows (D.R.U.G.S)   formed after lead singer and songwriter Craig Owens left his previous band of nine years to put together a post hardcore supergroup of sorts. D.R.U.G.S. pairs Owens with From First To Last guitarist Matt Good, Matchbook Romance drummer Aaron Stern, Story Of The Year bassist Adam Russell, and Underminded guitarist Nick Martin. That lineage has obviously helped as the band, which is just over a year old, has already co-headlined the AP Tour this spring, made an appearance at SXSW and they released their debut self-titled album in February.

It took nearly four years and two EPs for Go Radio to release their first proper studio album, but their wait may have been a clever plan, all along. The release, Lucky Street debuted at number 77 on the Billboard 200 and was in the Top 20 for Billboard’s rock, independent and alternative albums. In a press release about the album, lead singer and chief songwriter Jason Lancaster said, “This record spans the last four years of my life. It’s really about growing up … I’ve written so many songs about girls, so we collected ourselves to talk about bigger things in life that are important to everyone — there are songs about religion, lack of religion, lack of faith, birth and death. It’s really a wide spectrum of topics.” 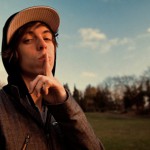 Together/Apart is the highly anticipated Rhymesayers debut album from the prolific mind of Benjamin Laub, also known as Grieves. Teaming up with longtime friend and producer Budo, Together/Apart is an album infused with soulful horns, keys, and guitar. Lyrically, the album encompasses both the difficulties and joys of maintaining professional and personal relationships when on the road and back at home.

The Devil Wears Prada is at first a metalcore band, but secondly a Christian band. The band had already picked their name when the movie of the same title was released, but the group didn’t want to change it, explaining that it is based on an anti-materialistic mindset derived from the novel of the same name. “When standing before God, he won’t care about your sweet Prada scarf or Gucci shoes,” lead vocalist Mike Hranica once told Billboard. The band will release a new full length this fall, titled Dead Throne.