Trending Stories from The Marquee
You are at:Home»Album Reviews»DeVotchKa “Live with the Colorado Symphony”
By Marquee Magazine on December 1, 2012 Album Reviews, Brian F. Johnson 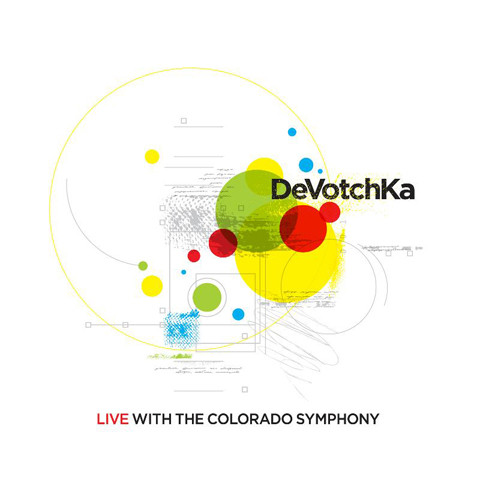 Live with the Colorado Symphony

DeVotchKa’s soaring vocals and worldly sound have always made them seem much larger than the quartet that they are. “We have always had orchestral leanings,” said lead singer Nick Urata in a press release that accompanied the album. “We wrote for more and more players with every album. When the chance to perform with an entire symphony came, we jumped at it.”

Gluttons for hard work, the band didn’t take the normal route of hiring a composer to create the charts — the band did it themselves with violin/viola player Tom Hagerman taking on the lion’s share of that immense task.

The result is a near-flawless blending of the band’s sound with an entire 60 piece orchestra. “We have been working towards this moment ever since the band began,” Urata continued.

The vast compliments that the orchestra provides brings out layers of the songs never heard or even imagined before, and takes the band’s already rich sound and braces and supports it from every angle possible — even in areas where it needed no extra reinforcement.